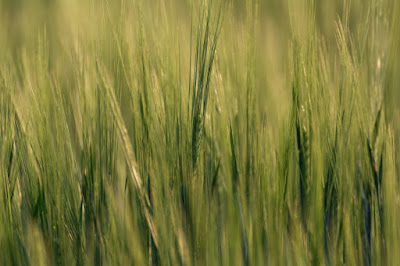 A Harvest (this will make more sense as you learn about Ruth and Boaz!)

Here is the link to my Storybook about the Love Story of Ruth and Boaz :)

Popular posts from this blog

9:39 PM
It had been seven days that all of the animals had been stowed away on the ship. They were hungry. They were tired. Their paws, claws, and hooves hurt. It seemed as though every moment another type of animal was complaining about something, and it took all Noah had to be patient and try to tend to their every need. He was exhausted as well; not only did he have to build this giant ark, load all of the living things on the entire earth into the ark, load and take care of this family, but he also had to feed every species on the boat. Imagine herbivores, carnivores, and omnivores all living in one boat. It was all Noah's responsibility to keep them from eating each other and from eating Noah and his family! For such a long time, as well. This was not just a week-long, leisurely vacation with his family. This was the entire responsibility of saving the world that God had put in Noah's hands! So yes, stressed and exhausted is an understatement. On the eighth day, Noah was walking
5 comments
Read more

8:29 PM
There's no time like the present to strategize my time and prioritize the different aspects of my schedule. Something I have continuously learned over the past three years of my college career is time management. I was horrible at first...absolutely horrible. I could never find a balance between social life and schoolwork, and I struggled to figure out my priorities. Each semester, I have found myself improving my time management skills because I have figured out what is most important to me. Last year as a whole, I finally was able to find a really good balance between school and social life, and so I plan on continuing that this year. In order for me to be successful, I have to schedule my days meticulously. I allow myself the mornings to have "me time;" reading, working out, and finishing up little tasks that I did not complete the day before. After my morning time, I go to class, and then I make myself work on school and studying until after dinner (around 7pm). Afte
Post a Comment
Read more

10:23 AM
This is crazy that it is our last week of reading! I am so excited about reading some of the Italian Popular Tales. I wanted to focus my notes today on the story called "How the Devil Married Three Sisters." I have never heard of this story before and so when I read it I thought it might be fun to focus my notes on it. I loved all of the stories that made up part A of the reading, but for some reason, this one stuck out to me most. I decided to keep it simple with my note-taking style for part A, and then I will do something new for part B. The devil decided he wanted to get married so he left Hell, disguised himself as a handsome young man, and built a grand house he introduced himself to a family with three daughters and won over the oldest, and they got married soon after  the devil asked his new wife to not enter one door of the house, though she could go to every other part of the house this part reminded me of Beauty and the Beast and how Belle was not allowed to
Post a Comment
Read more